Born in 1984, Agnes Varraine-Leca has been working as an independent photographer since 2006. After graduating in International management and Humanitarian projects management, she decided to pursue her vocation as a photographer and is now working with NGOs and international institutions, in France and abroad.

Agnes’ artistic and humanitarian commitment translated into long stays in South-East Asia and in the Middle East. In 2008, she made several series on poverty and slums in big cities in the Philippines. Based in the Palestinian Territories in 2009 and 2010, she there focused on the consequences of the Israeli occupation, the colonization of East Jerusalem and problems related to access to healthcare for the World Health Organization in the West Bank. She also made a reportage on the living conditions of Palestinian women.

Living in Paris since 2011, Agnes has been exploring social movements and French current politics, while still working with NGOs. She made several reportages for Médecins du Monde, on drug addicts in Tanzania and Syrian refugees in Jordan, Lebanon and Turkey, to mention but a few.

In 2005, she was awarded the Paris Match “Grand prix du photoreportage étudiant” for her work on the Untouchables in India, and reached the finals of the 2008 edition of the same prize for her photographs in the Philippines. Her “No Tespassing” series, realized in the Palestinian Territories, was selected for the 25th Angers “Festival du scoop et du journalisme” in 2010, and has been featured at Confluences in Paris, where her “Syrian Exodus” series, a reportage on Syrian refugees and internally-displaced persons, is on view in 2013. 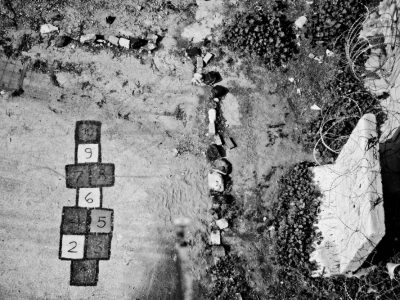