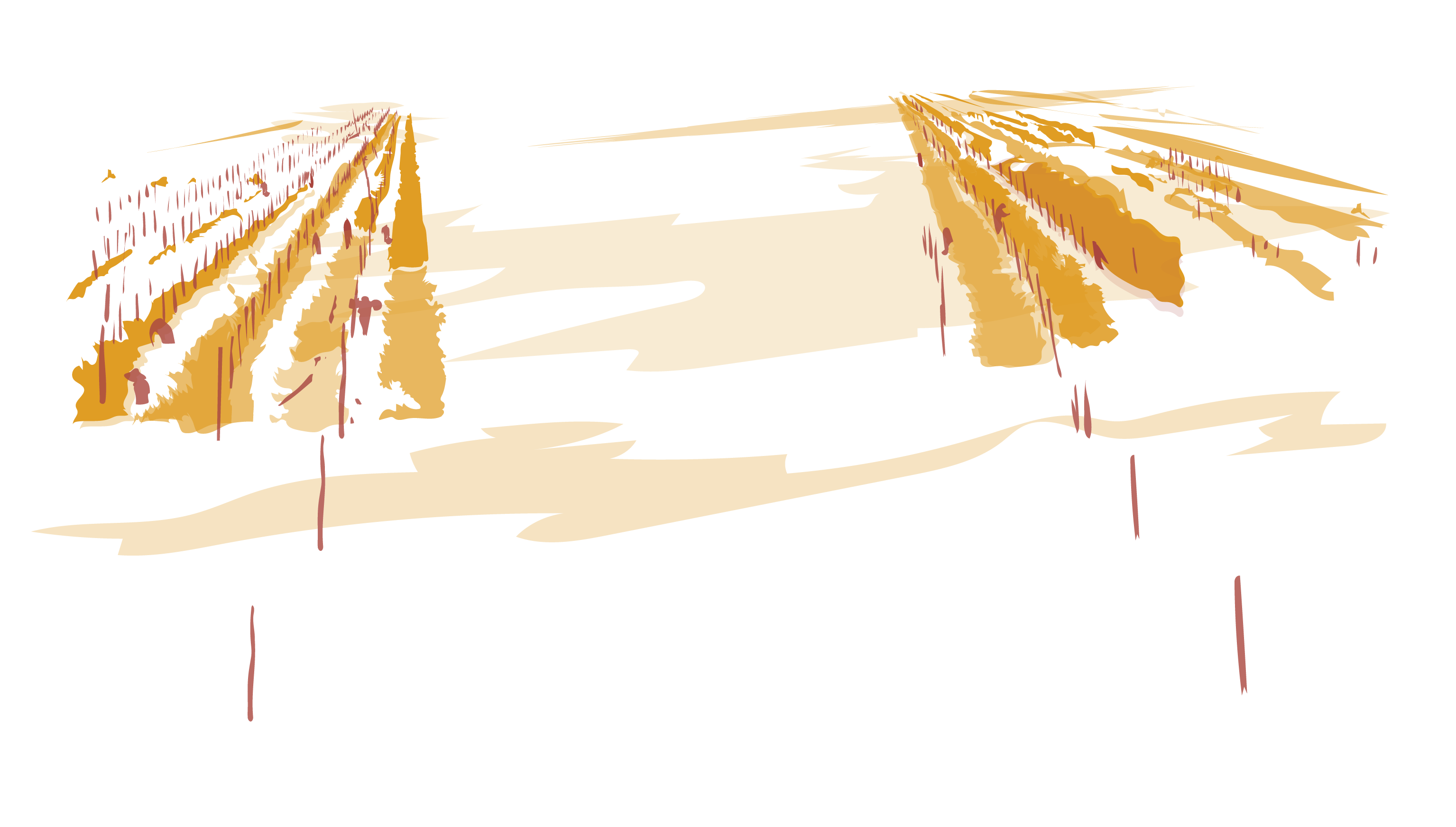 A series of publications coordinated by Gema Kloppe-Santamaría and Nathaniel Morris.

Over the past five years, the issue of Central American migration to the US has made headline news around the world. Despite the recent attention it has received, this phenomenon is far from new. While much political effort has been expended in characterizing these migrants, we still have little in-depth knowledge about the on-the-ground social, political, and economic realities that have driven so many citizens of Guatemala, Honduras, El Salvador, and Nicaragua to leave their homes, communities, and in many cases loved ones to make the perilous trek north towards a chronically uncertain future.

As shown by the following series of articles it is violence that drives this Central American exodus, which even COVID-19 has proved incapable of slowing down. Drawing on extensive fieldwork in three different countries in Central America, combined with more explicitly social and political inquiry, Daniel Núñez, José Luis Rocha, and Sonja Wolf reveal the multiple forms that violence in Central America has taken over the past few years, and explore the diverse ways they affect different groups.

The Many Violence(s) Behind the Central American Exodus

Extortion and Forced Displacement in Guatemala

Forced Migration and the Politics of Violence in El Salvador 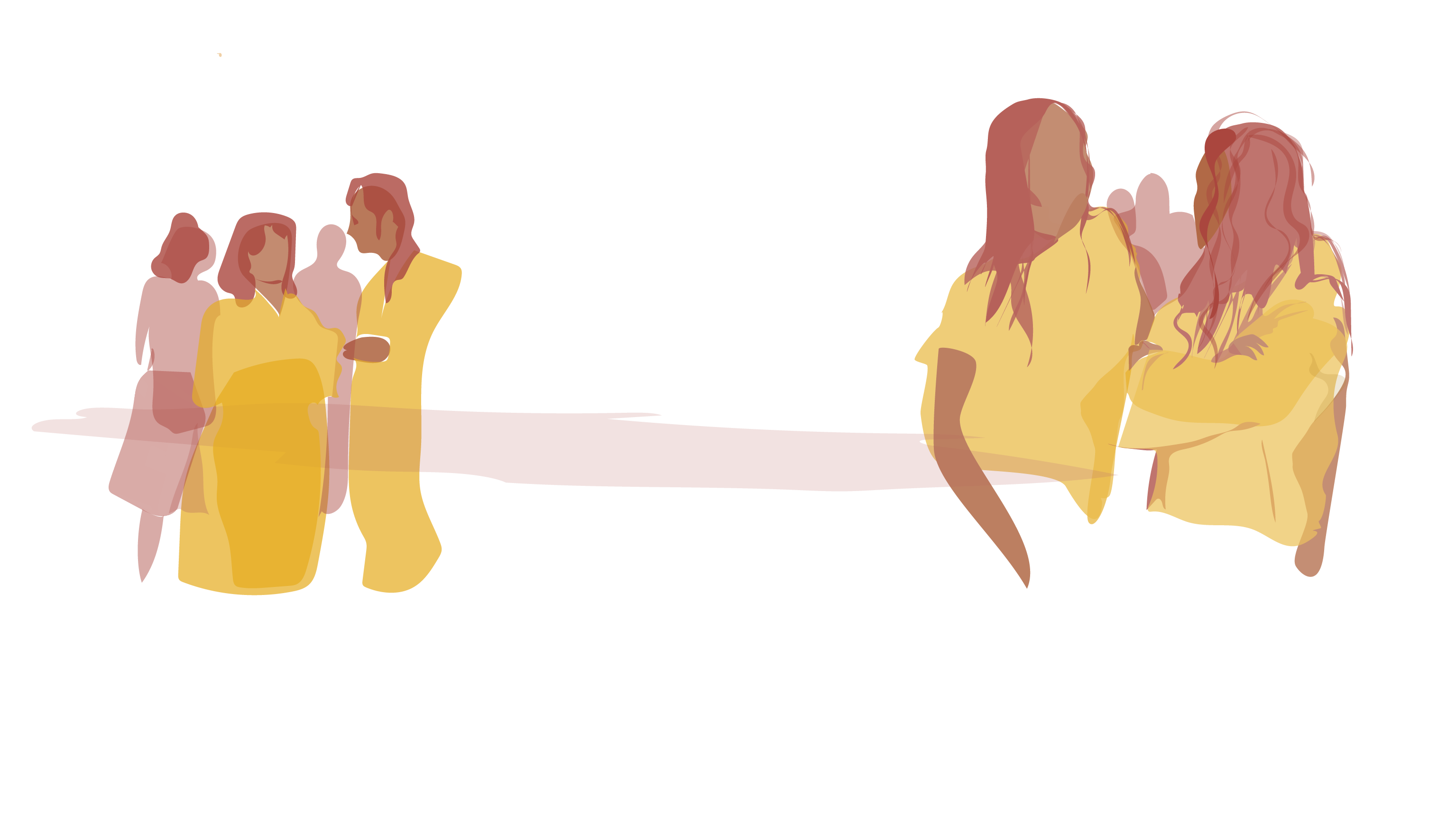 Conversations on Gender, Geography, and Violence against Women in Mexico & Central Americ

The Violence Takes Place series is pleased to present a set of conversations on gender, geography, and violence against women in rural Mexico and Latin America.

You can stream our Podcast on all major platforms​ 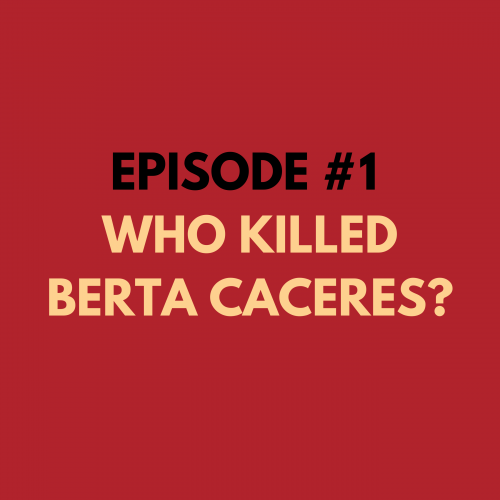 A conversation with Nina Lakhani

We speak with the first and current environmental justice correspondent at The Guardian, Nina Lakhani, about both her experience investigating obstetric violence in Guerrero, Mexico, and her new book Who Killed Berta Cáceres? Dams, Death Squads, and an Indigenous Defender’s Battle for the Planet  (2020).

A conversation with Andalusia K. Soloff

We speak with Andalusia K. Soloff, a multimedia journalist based in Mexico City who specializes in state violence, migration, indigenous land struggles and gender based murders in Latin America. In her reporting, Andalusia seeks to center on the voices of those most affected by these crises and violence.We discuss her new graphic novel on forced disappearances in Mexico, the impact of Ayotzinapa’s missing 43 on the students’ parents and communities, cases of forced marriages in Guerrero, and much more. 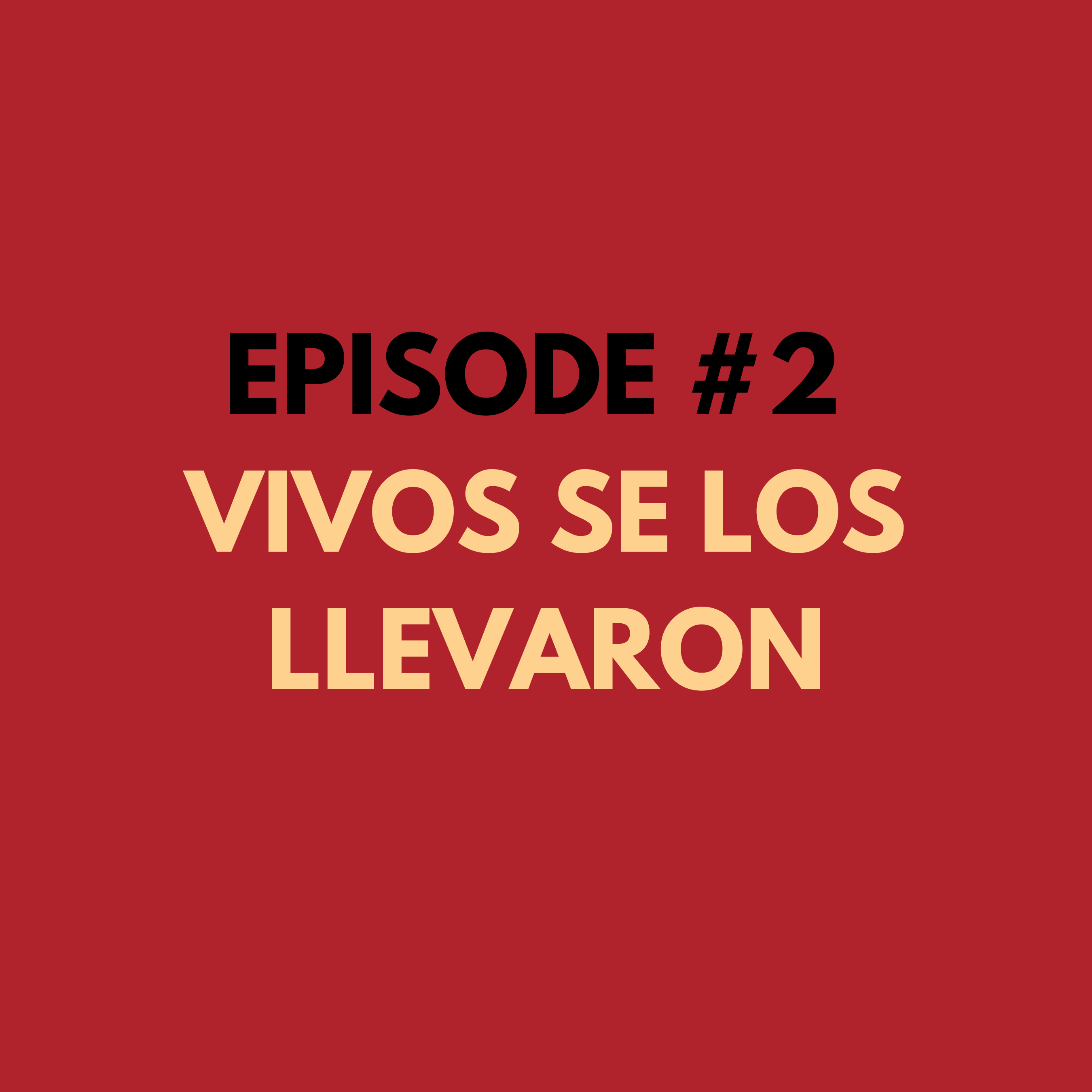 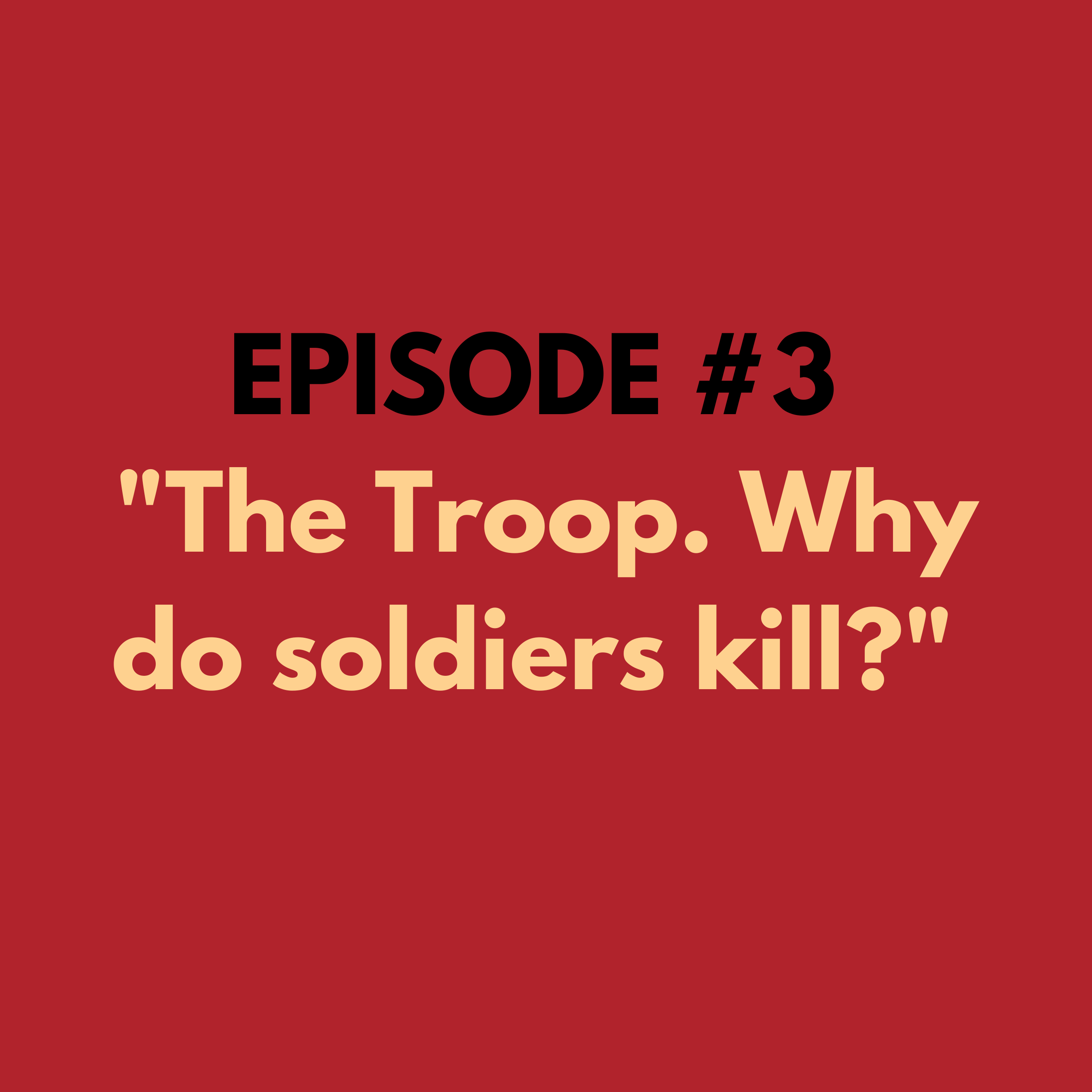 A Conversation with Daniela Rea

In this episode recorded in Spanish, we speak with Daniela Rea, a Mexican journalist and writer. Daniela is Editor at “Pie de Pagina”, an independent media.

Click here to read the English transcription of the episode.
listen

A Conversation with Deborah Bonello.

In this 4th Episode of the Series, we talk about Deborah Bonello’s investigations on organized crime and illegal logging in Mexico, and then jump into a discussion about her current book project on Women in the Sinaloa Cartel. Deborah Bonello is a journalist, editor and investigator and has been based in Latin America since 2005. She is the Senior Editor for Latin America at VICE World News.

She is a former employee of The Los Angeles Times, the Financial Times and InSight Crime, and has reported for many international media outlets. In recent years, much of Deborah’s coverage has focused on organized crime and drug trafficking across Latin America, from investigating the Central American street gangs MS-13 and Barrio 18, to the role of Mexico’s cartels in the illicit production and trafficking of fentanyl. 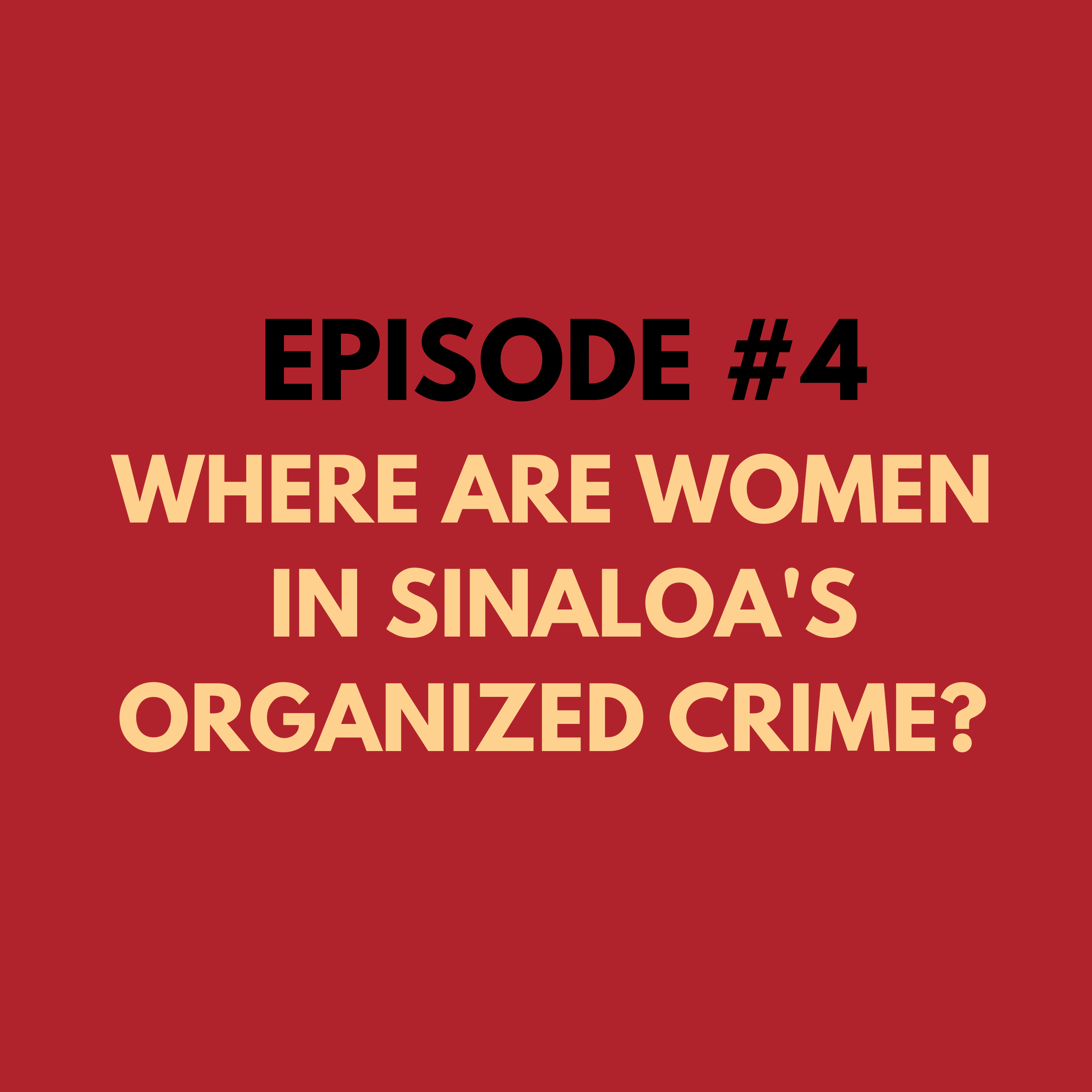 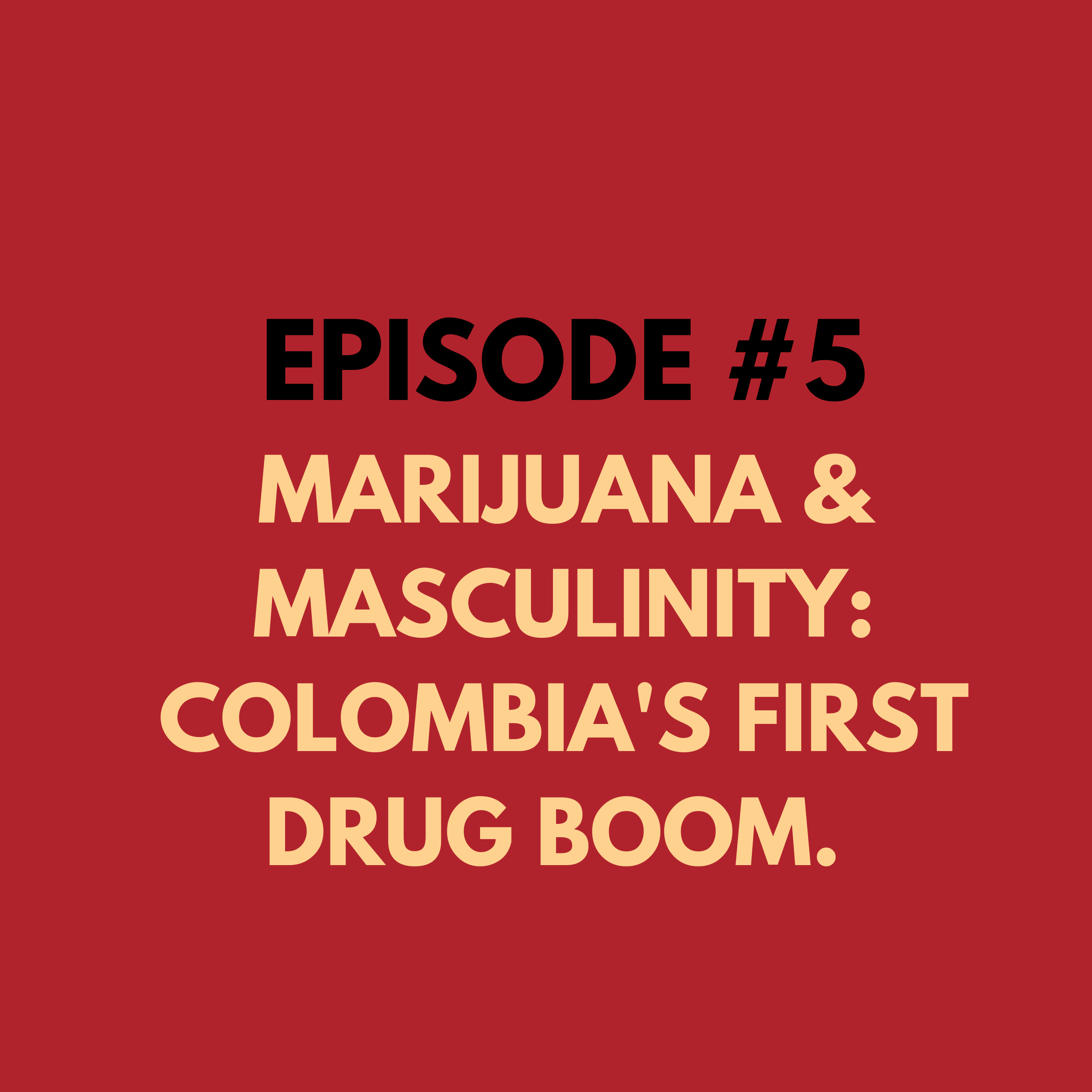 A conversation with Lina Britto

Lina Britto is a Colombian historian, journalist, and an Associate Professor of History at Northwestern University. In this episode, we talk about her book, Marijuana Boom: The Rise and Fall of Colombia’s First Drug Paradise, which came out in Spring 2020 with University of California Press.Lina Britto received her PhD from New York University, and was a postdoctoral fellow at the Harvard Academy for International and Area Studies, Harvard University. She has published her academic and journalistic work in the Hispanic American Historical Review, the Social History of Alcohol and Drugs, the Oxford Research Encyclopedia of Latin American History, NACLA: Report of the Americas (NYC), El Espectador (Bogotá), Universo Centro (Medellín), among others.

A Conversation with Gema Kloppe-Santamaría

In this 6th Episode of the Series, we talk to Gema Kloppe-Santamaría, Assistant Professor of Latin American History at Loyola University, Chicago.

Her research deals with questions of violence, security, religion, and gender in Latin America, with a particular focus on Mexico and Central America. She holds a PhD in Sociology and Historical Studies from the New School for Social Research and a Master in Gender and Social Policy from the London School of Economics.

She is the author of In the Vortex of Violence: Lynching, Extralegal Justice and the State in Post-Revolutionary Mexico (University of California Press, 2020). In addition to her work on vigilante justice and state formation, Kloppe-Santamaría is currently working on a new project that deals with the contentious relationship between religion and violence in Mexico. 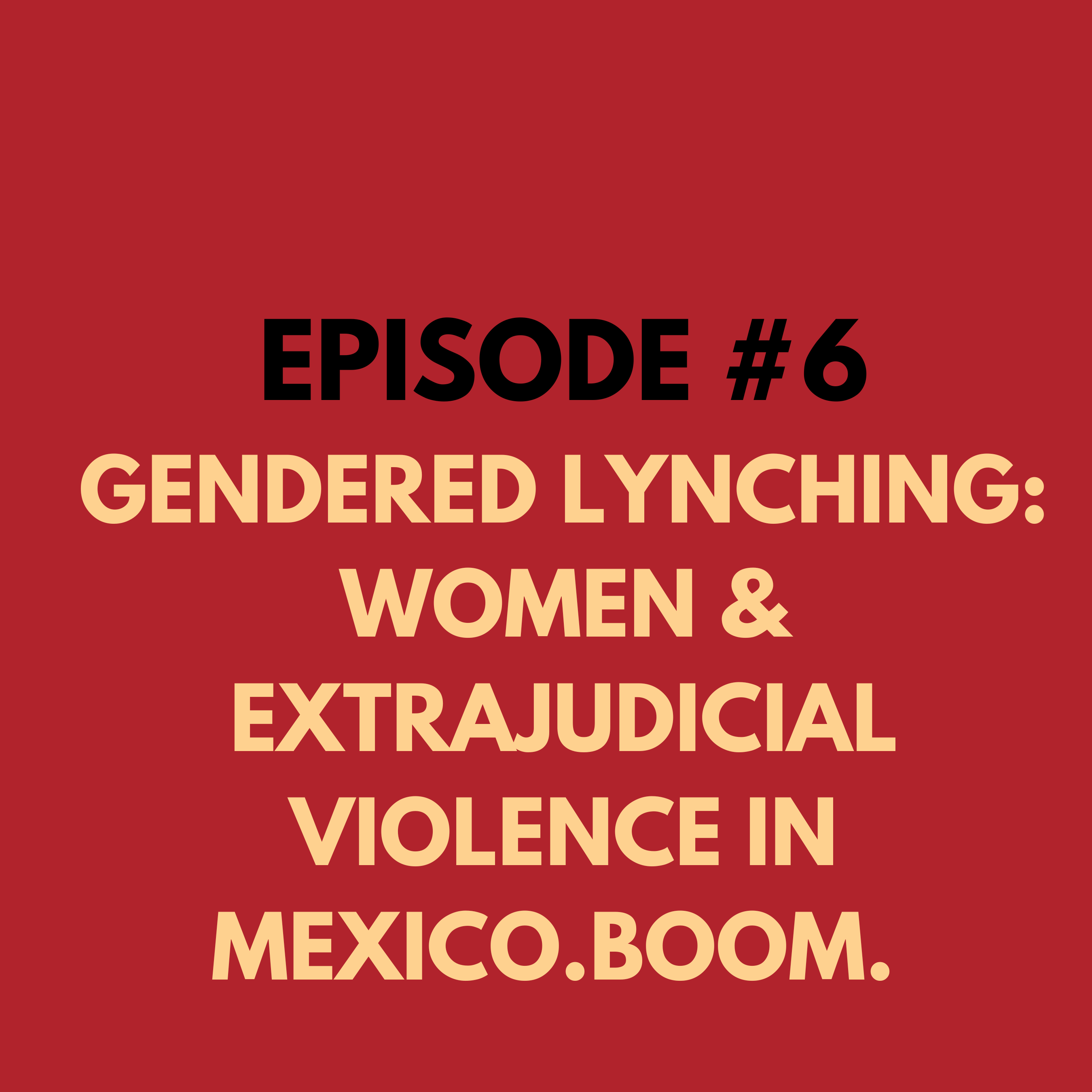 The Violence takes place series is edited by Jayson Maurice Porter, and co-edited by Alexander Aviña.

Drug-trafficking and narco-related stories cannot be the only explanation for violence in rural Mexico: we need to re-politicize the debate.

"Rural People" are not all farmers

"Rural People" are not all farmers; and rurality is not a homogeneous category of analysis. We need to take geography, ethnic differences, gender issues, social classes, and ideologies into account.

Multiple dynamics of violence must be understood in the light of the relation between rural populations (including indigenous people), the State, and market forces.

This series on violence in the Mexican countryside foregrounds local histories of the past and present. These insights help show how rural violence takes place in Mexico; how they are often overshadowed, underemphasized, or ignored entirely. In this perspective, local history and ecology are necessary for studying violence against and between the poor.

Far from the dominant, overarching narco-narratives, violence must be geographically and socially situated. This is why our analyses are based on grounded, local and empirical perspectives of rural Mexico.

Our work will analyze the relation between drug trafficking, violence and rural life in Mexico. As we will show throughout the different contributions, the distinction between licit and illicit crops is porous, just as the association of violence with drug trafficking is not always obvious. For the most part of the 20th century, in rural areas of Michoacán, Nayarit, Guerrero and Sinaloa, everyday conflicts in ranchos and villages often resulted in tragic outcomes. Such conflicts may be related to illegal activities, but they were also about land disputes, clashes between various factions, or vendettas seeking to right “honor offenses.”

In this respect, violence could be linked to drug trafficking, but it is not the only explanation or reason for it. Following that line of thought, the following series of studies aims to contribute to the debate over violence, rural areas and drug trafficking. We know that over the last years, Mexico has been affected by a terrible security crisis ; but we do not know much about the distribution of violence and its local manifestations.

In order to change this state of affairs, this series relies on ethnographical and historical work that shows that in various rural areas of Mexico the rupture between a supposedly “governable” country and one plagued with criminal violence does not make sense.

History and ethnography are key tools to further the debate, which, at present, seems to be dominated by analyses arguing that the causes for violence are easy to identify. We are highly skeptical of any analysis according to which violence can be understood by pointing to its results – characteristically, the control of a plaza or a drug route – that people can obtain solely by resorting to coercion. Such analyses forget that violence is part of social processes, with a defined timeframe. They dismiss the fact that the motives for acts of violence do not necessarily determine their results, and determine even less the way they are interpreted. Similarly, even if we were to admit that violence is produced by rational individuals who pursue specific interests, we would have to add that said interests are defined by historical and cultural backgrounds that need accounting for. 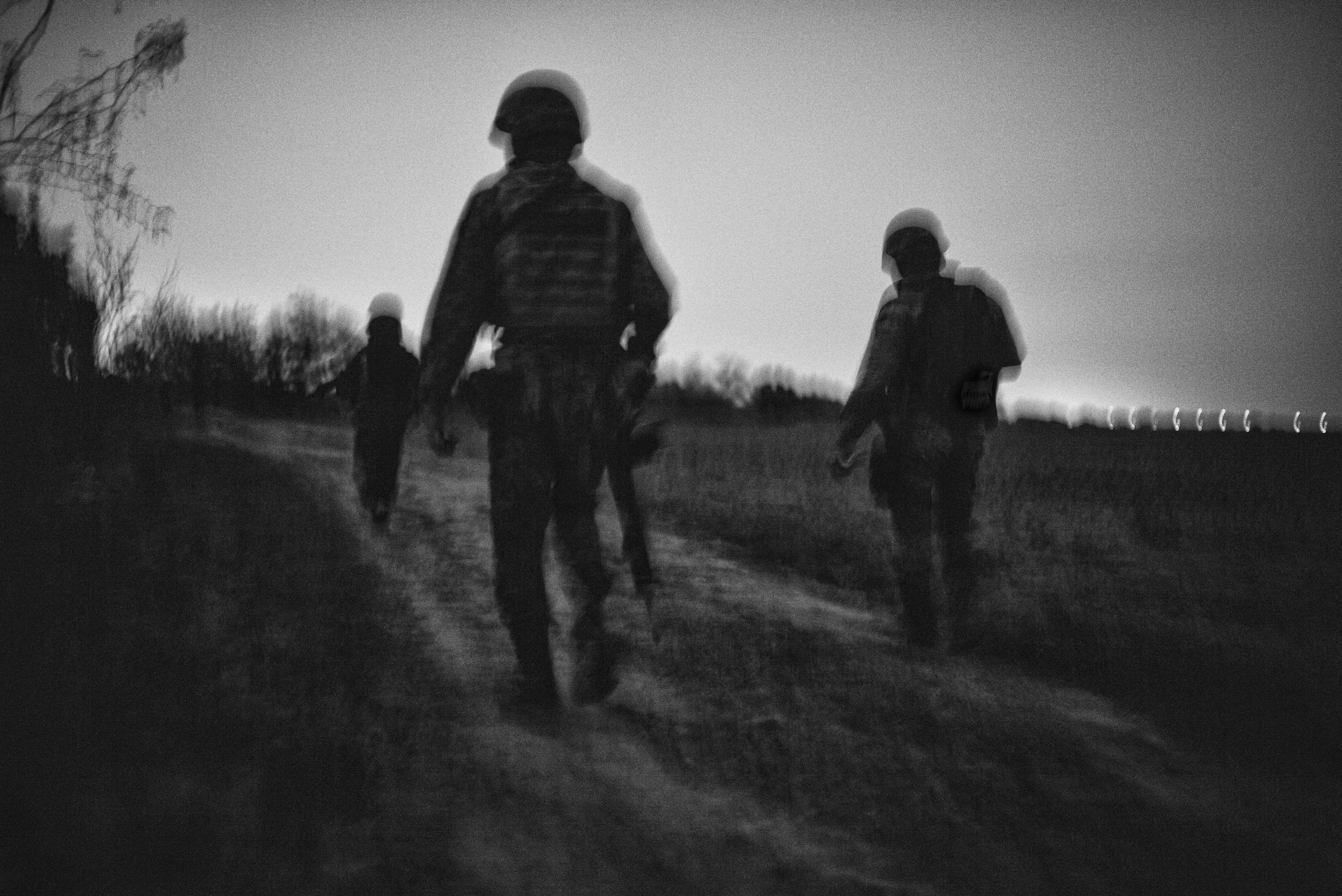 “If your pictures aren’t good enough, you aren’t close enough.” This famous quote by photographer Robert Capa could apply just as well to the way in which violence in Mexico and Central America is currently analyzed. 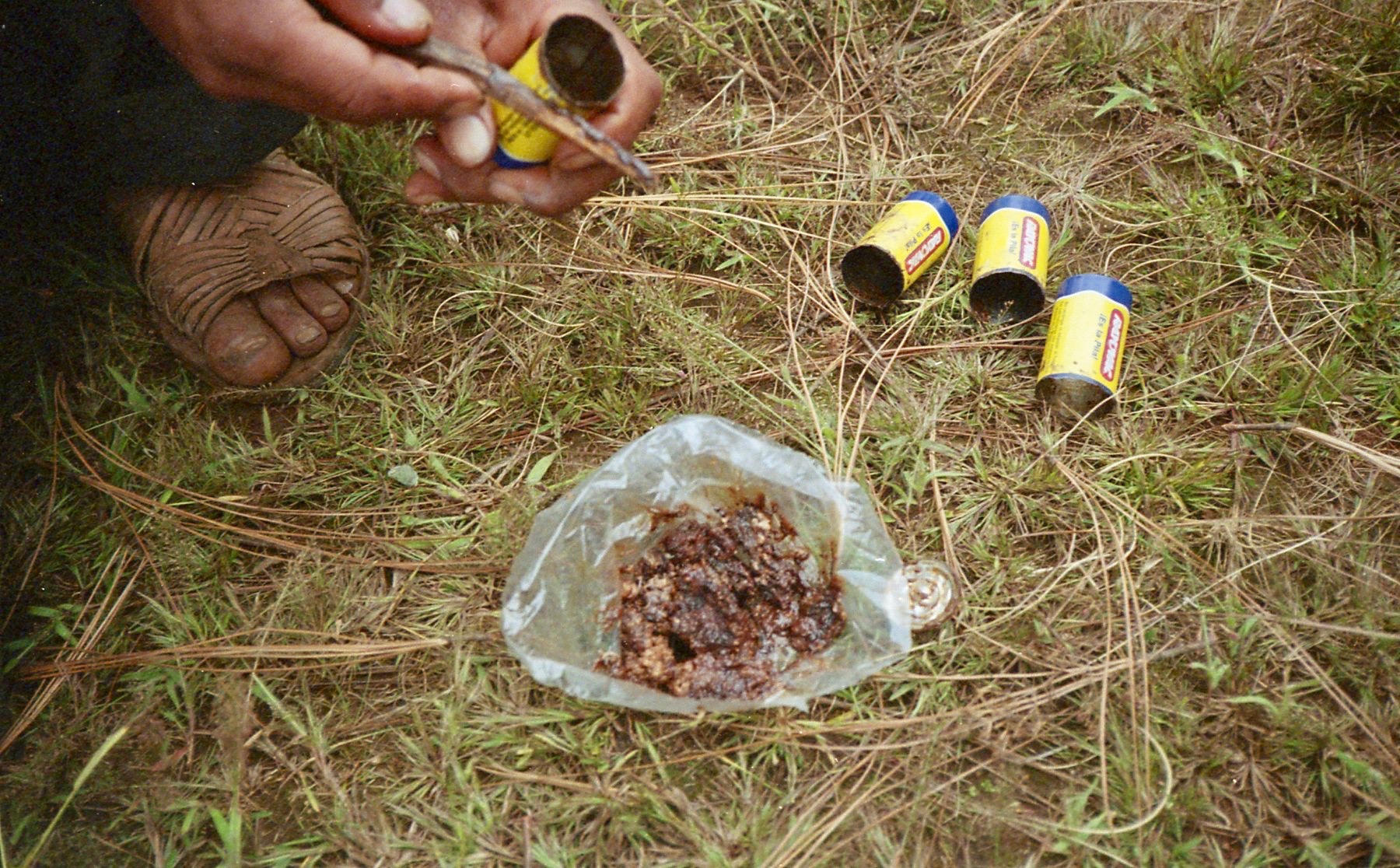 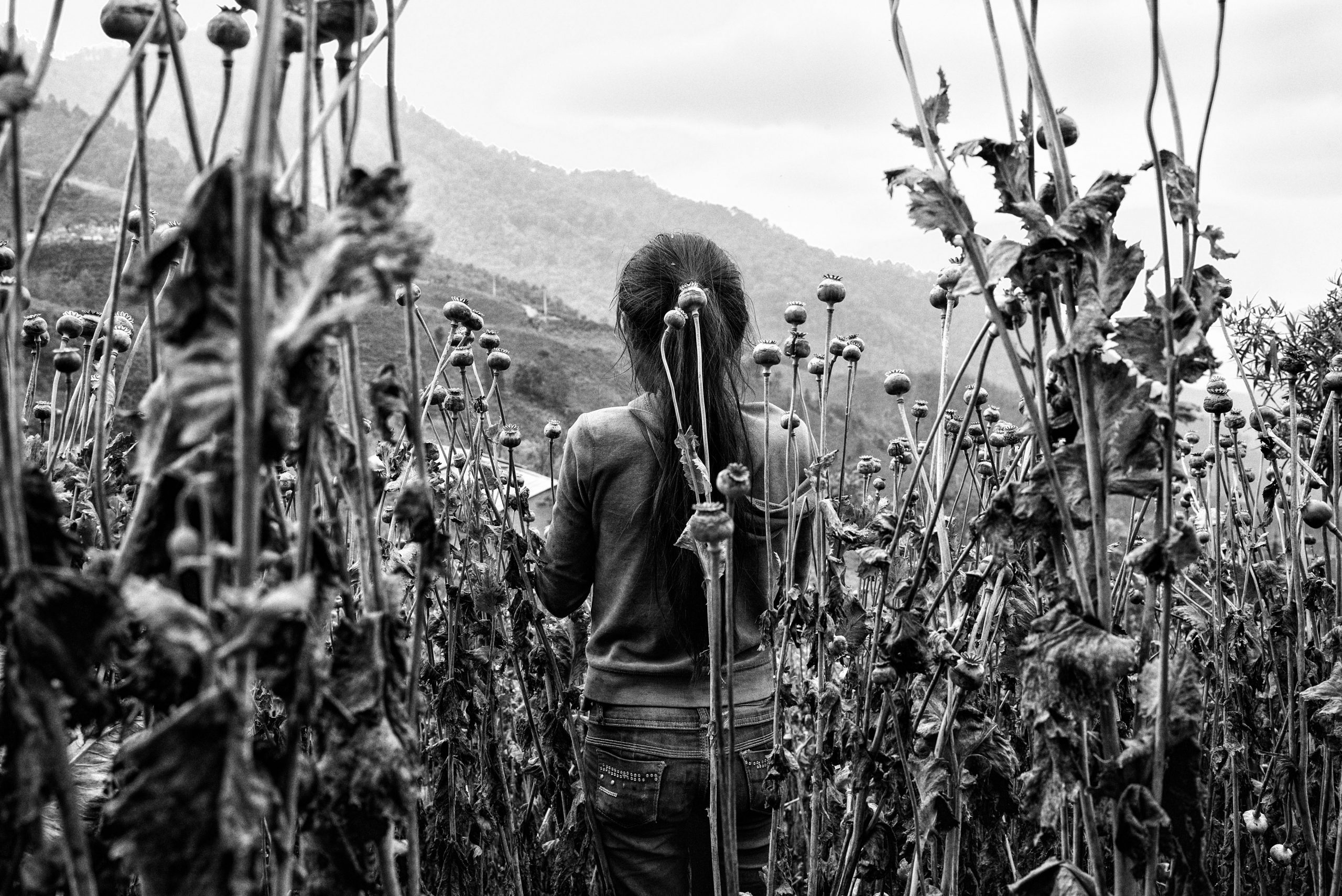 These maps were designed to illustrate Romain Le Cour Grandmaison, Nathaniel Morris and Benjamin T. Smith‘s article, No More Opium for the Masses 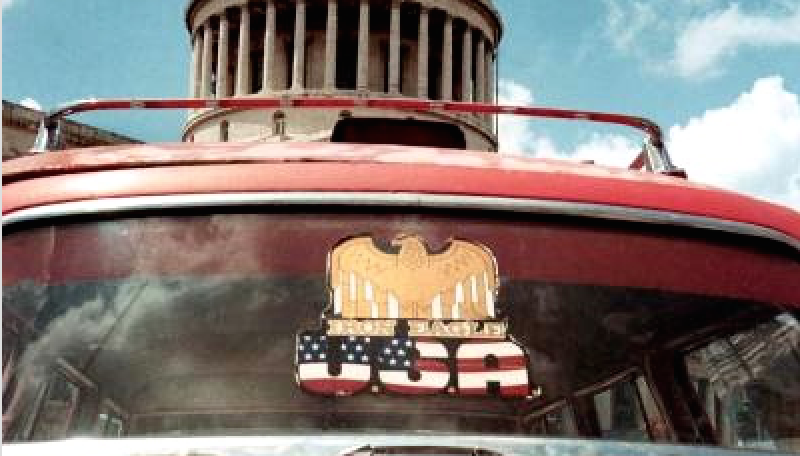 Since the 17th of December 2014, and the highly broadcast and simultaneous announcement by Barack Obama and Raul Castro of renewed relations between their two 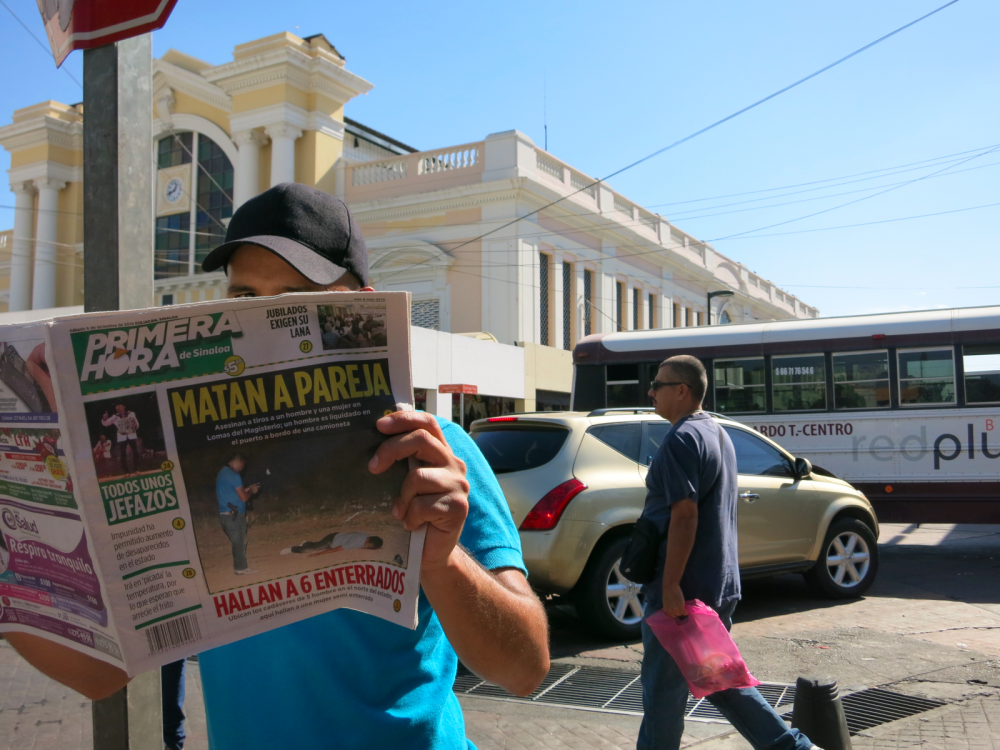 – Los Tigres del Norte   In Mexico there exists a no more convincing manifestation of the close relationship between the police, criminals and journalists 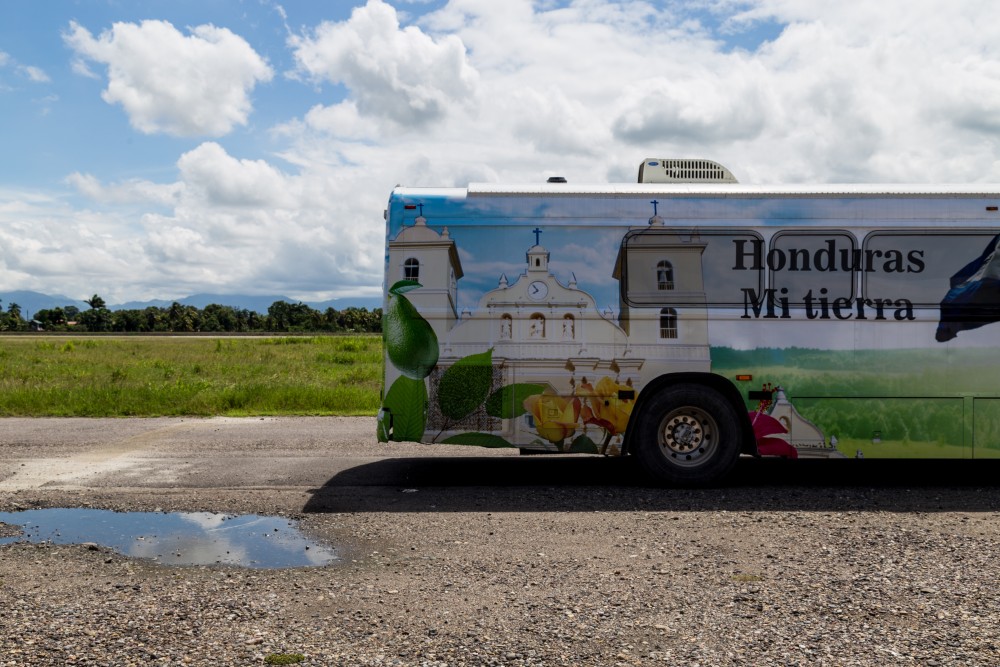 “Victims of the migrant route are forced with difficult decisions once they return to the country. Often times deportees are shunned by their communities, becoming 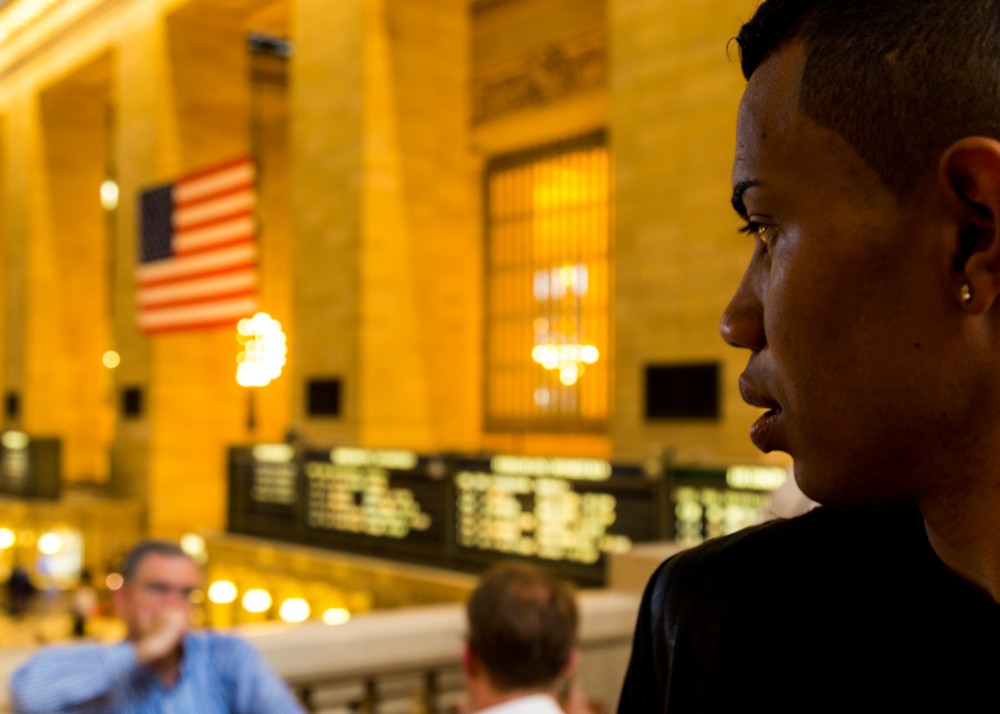 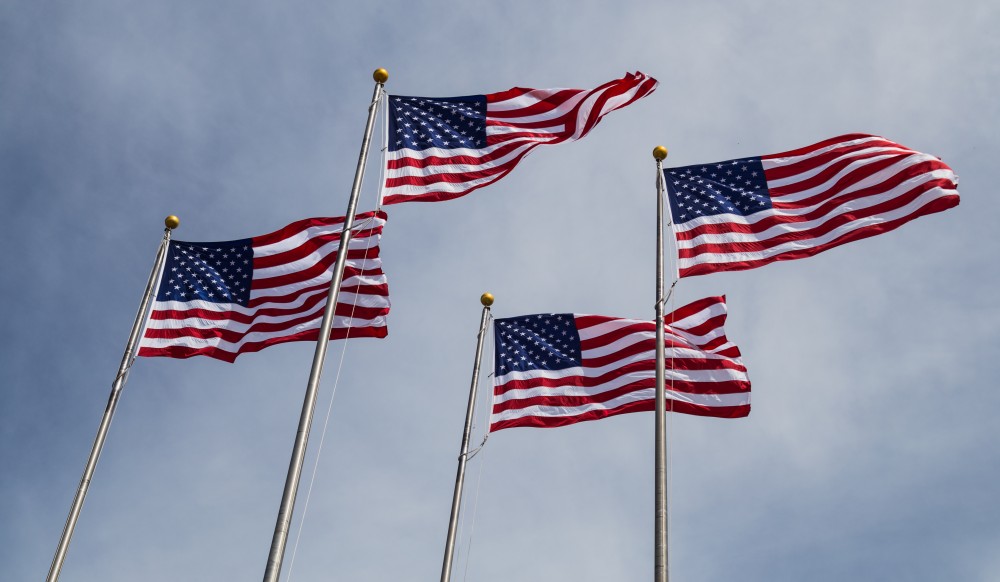 I accompanied one of the many border militias of the Rio Grande Valley on one of their nightly patrols on the lookout for ‘illegals.’ The following is 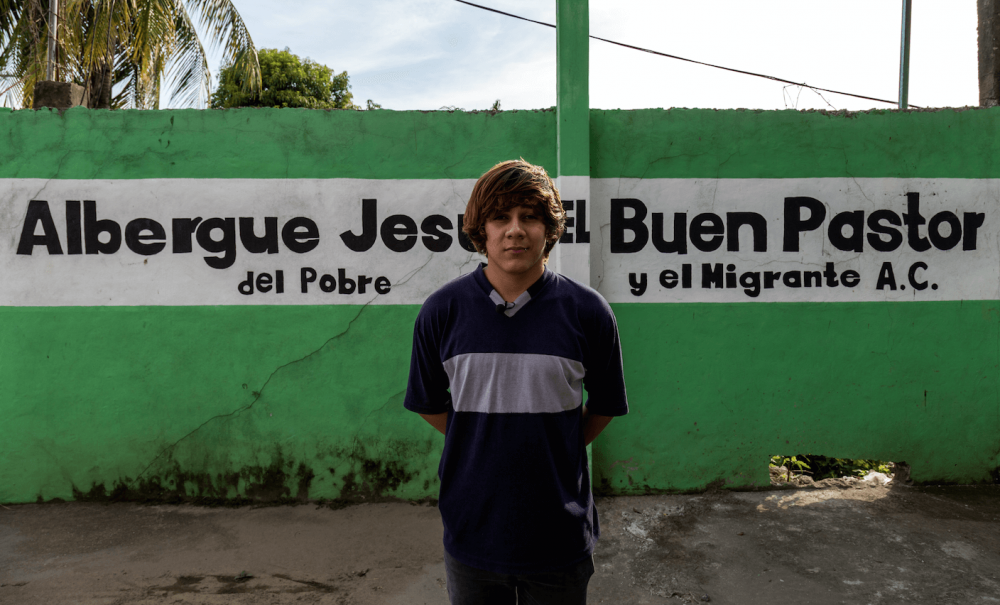 I visited shelters and train yards in the southern Mexican state of Chiapas. I spoke with newly crossed Central American migrants in Tapachula and Arriaga where they 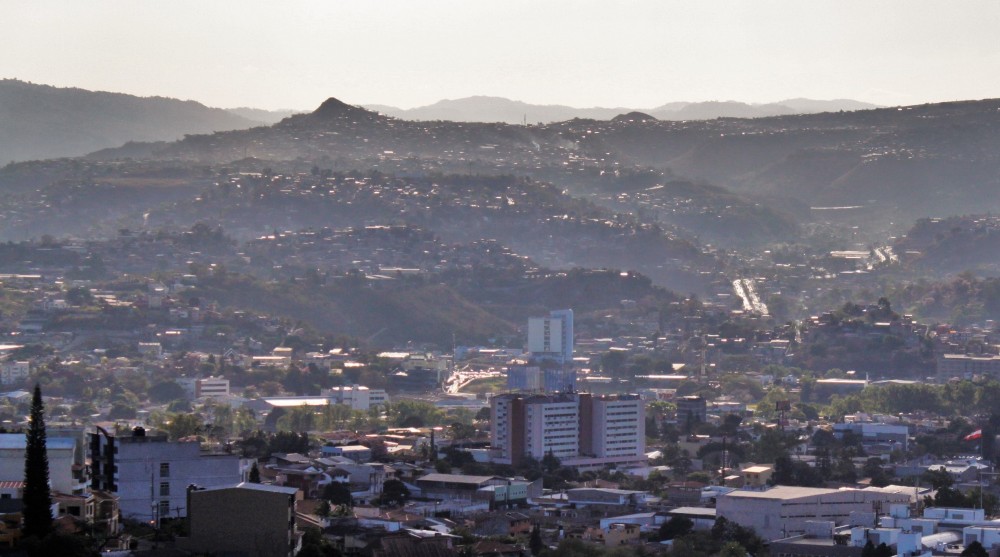 Migration is born as a result of different rights becoming elusive in 21st century Honduras: the right to housing, the right to a dignified source of 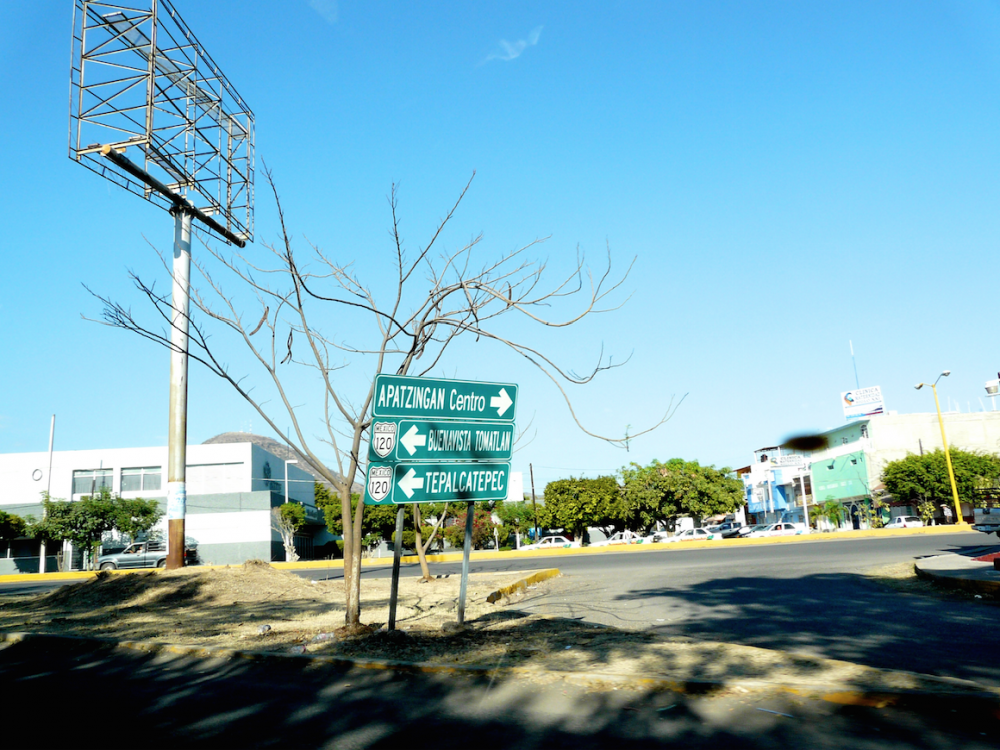 Introduction Ever since the self-defense groups appeared in February 2013, Michoacán finds itself in a profound political reconfiguration process mainly led by armed groups, be 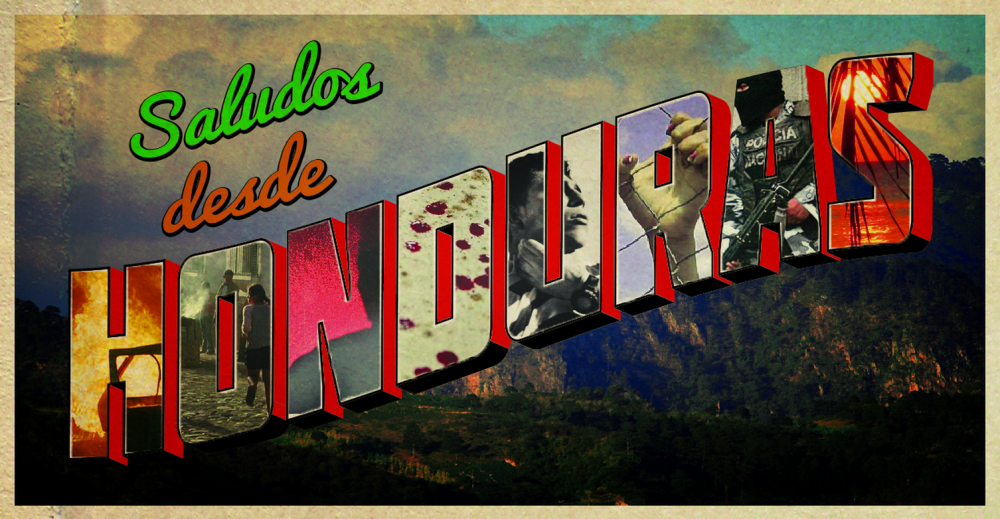 When referring to Honduras you must make the reader understand that Honduras is the original Banana Republic, no exceptions. The country is now more so 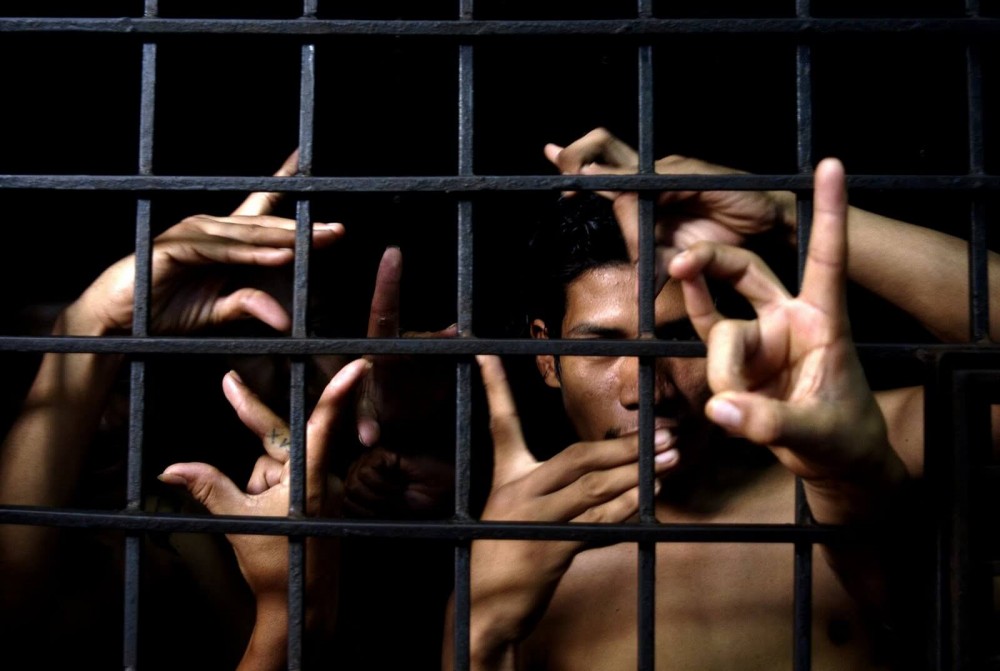 Mara 18 (©Archivo Caracas, 6toPoder) Honduras, Guatemala and El Salvador have entered a perilously new era in their history. Caught between the rise in criminal