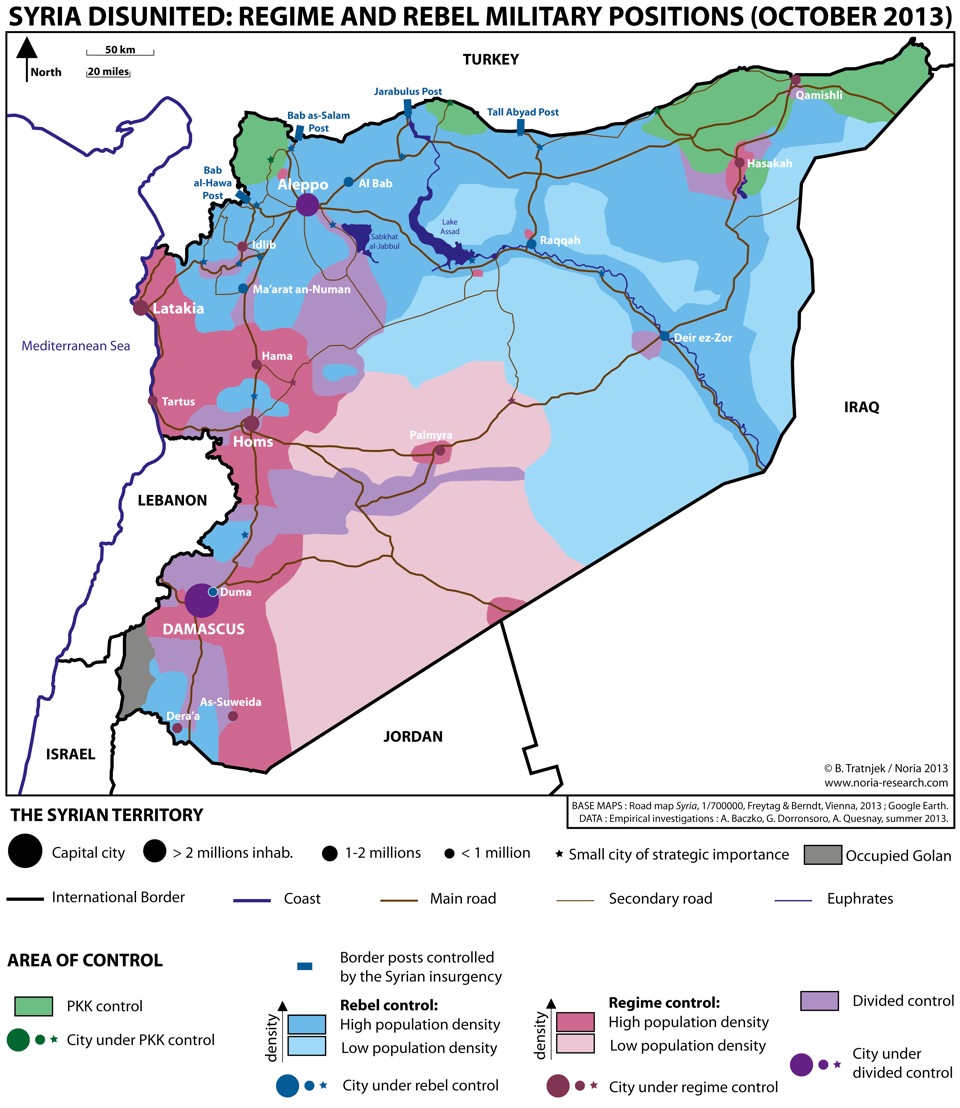 By clicking on one of the links below you accept the terms of use. 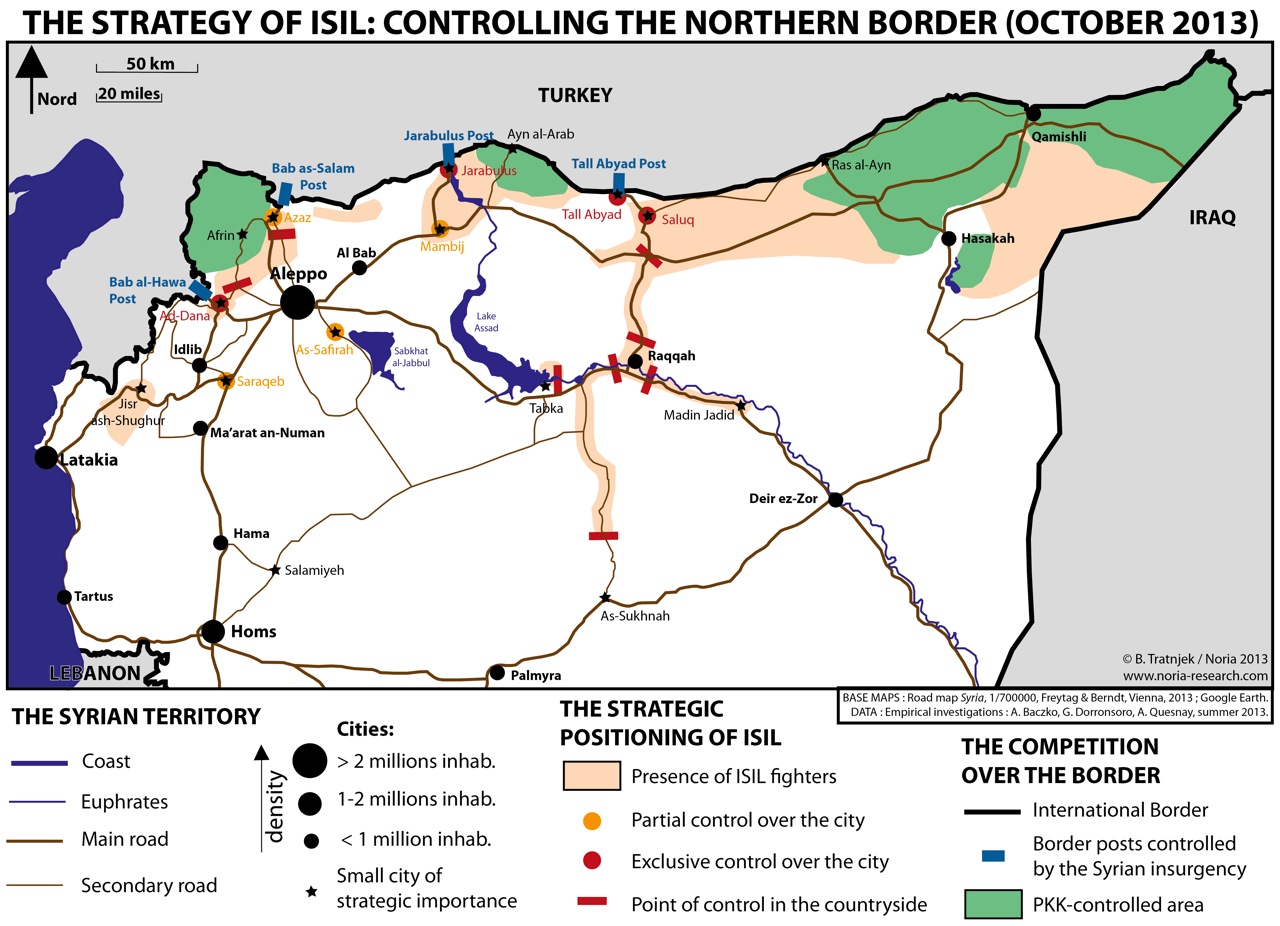 By clicking on one of the links below you accept the terms of use.

The rebels control a majority of the territory, but the regime still rules over the majority of the population, as it keeps a hold over most of the large cities. The numerous contested areas show that the military situation remains dynamic. The rebels, supported by the Gulf countries, and the regime, supported by Iran, Hezbollah and Russia, fight intensely, taking and losing cities all over the country. Finally, PKK (which uses the name of PYD in Syria) is losing progressively its territories in the North to the rebels, keeping only three, diminishing pockets of territories around Afrin, Ayn al-Arab and Qamishli.

ISIL (Islamic State in Iraq and the Levant, or ISIS, Islamic State in Iraq and Ash-Shâm), born from the fusion of the Iraqi and part of the Syrian branches of Al Qaeda, has a territorial strategy in Northern Syria. As of October 2013, it is largely absent on the central fronts of the war against the regime, notably Hama and the South. Indeed, the movement, counting several thousand fighters, many of them foreigners, aims directly at taking over the border areas in the North and the most strategic points. To avoid an open confrontation with Turkey (and further the West), ISIL leaves the control of the border posts to the Free Syrian Army and Ahrar al-Sham brigades, but they take hold of the cities just few kilometers inside Syria. In addition, they establish check-points in the cities where they have a degree of control and in the country side (of which only the most important could be represented on the map). They surround now the most important cities of the North and are controlling the desert road between Raqqah and As-Sukhnah, through which most of the oil is convoyed to the North. Finally, ISIL spearheads the fight against the PKK (under the name of PYD in Syria) in the North. This open confrontation between two transnational armed groups is a direct contest over the control of the Turkish-Syrian border.

These maps are based on data gathered by Adam Baczko, Gilles Dorronsoro and Arthur Quesnay in Syria in the course of summer 2013.

Bénédicte Tratnjek is a PhD candidate in Geography and Political Science at IRSEM (Institut de recherche stratégique de l’Ecole militaire). She is a lecturer at the Jean Moulin University (Lyon 3) and the Catholic University of the West (ISFEC-Rennes), as well as a trainer for Forum Réfugiés (Villeurbanne).